Skip to content
On the evening of November 10th, as the brilliant gift of the opening of APEC, the huge "net screen" composed of the bird's nest and the huge LED large screen became the background of the performance. It was a highlight of the performance of the evening, with the large-scale fireworks show "Nature" To create an APEC night through the north and south night sky. As one of the builders of this giant "net screen", Liad Optoelectronics Co., Ltd. lights up the night sky in a "stunning" way! 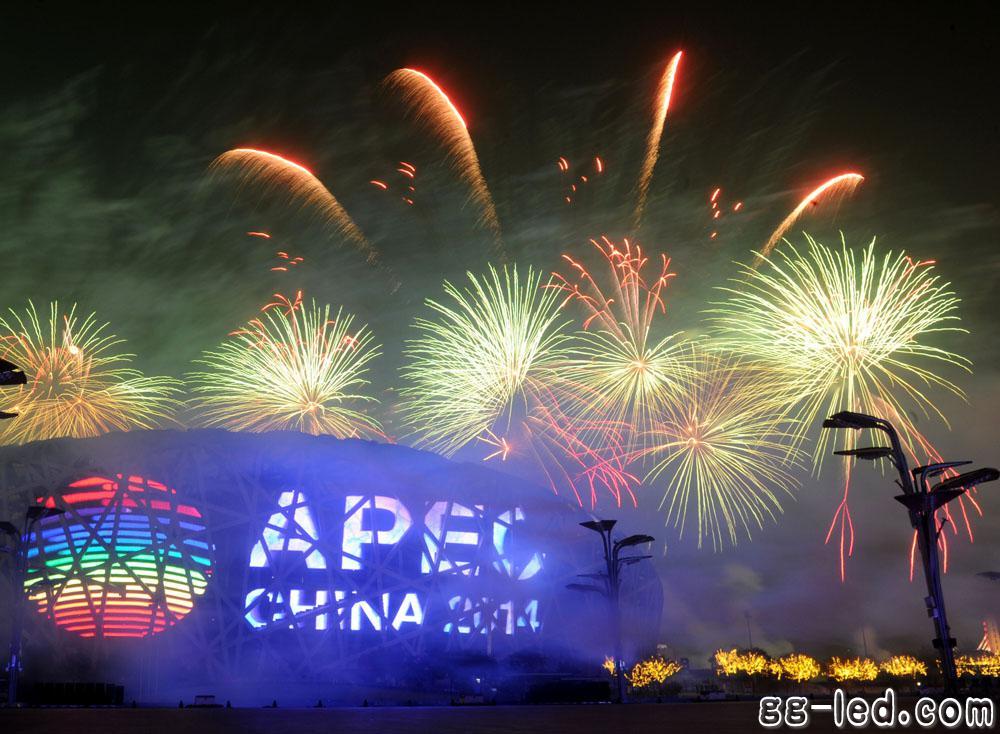 According to Chang Chunquan, the person in charge of the design team, â€œThis screen built by LED lights has a width of 232 meters and a height of 55 meters. The total area is more than 12,000 square meters. It looks like a big screen, and the actual construction is not difficult. For example, before The installation of LEDs uses 220 volts, and this time the steel wire transformers and ballasts are placed at the bottom, ensuring that the current through the bird's nest structure is connected by DC lines, ensuring the safety of the nest. The weight of the screen, cable and other devices is controlled to about seven kilograms per square meter, so as to ensure that the existing structure of the bird's nest is not damaged.

With the support of some domestic enterprises, this screen produced two LED light screens with the cost of a single LED light, which became an independent two-set system. Once the power failure occurred, it would not affect the overall effect. In addition, the screen is about 70% brighter when it is on the show, which is energy-saving and environmentally friendly, and presents a wonderful image. â€ 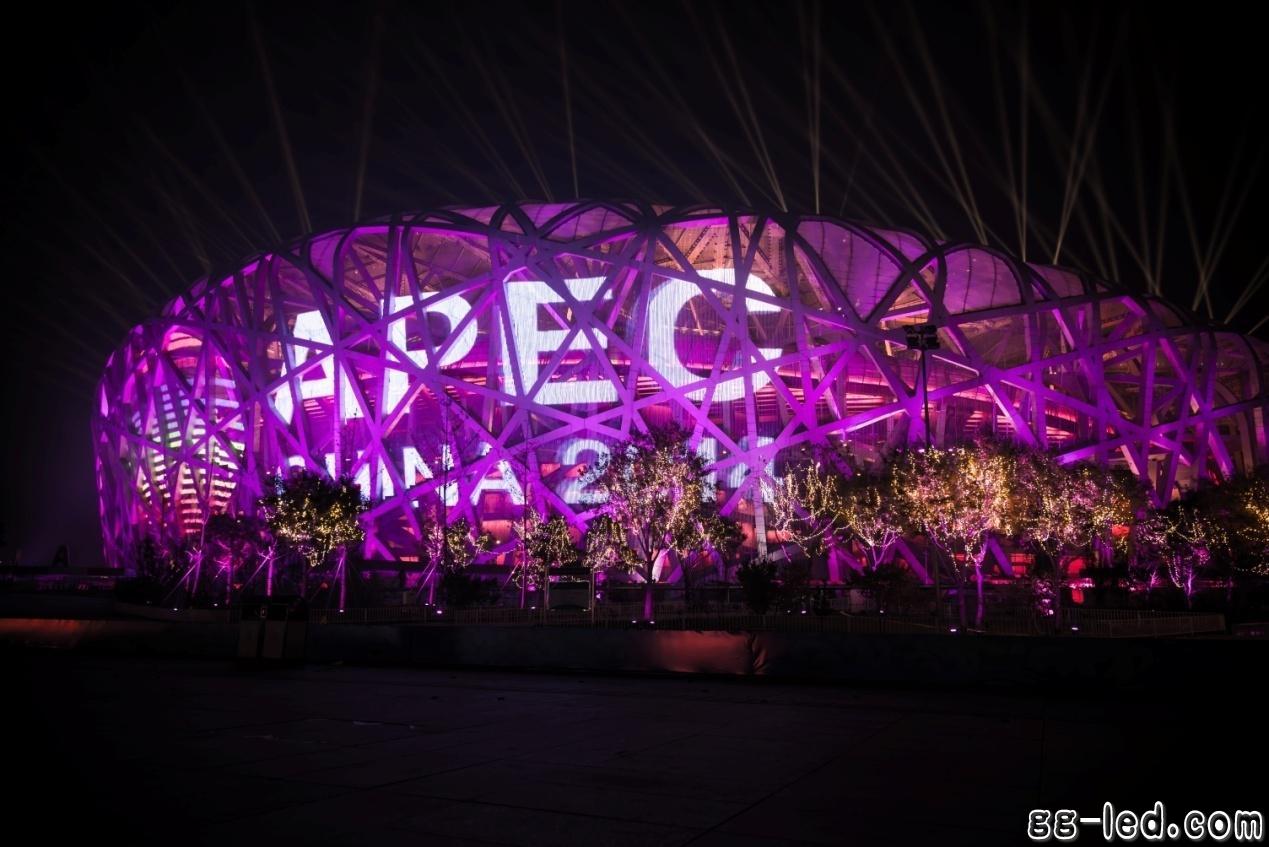 In order to ensure this effect, Liard Optoelectronics Co., Ltd., after the requirements of the chief designer and the director group, after repeated testing and debugging, finally completed the technology under the protection of the professional dedication of nearly 10 technicians at the Liard site. A wonderful "classic" night combined with art! 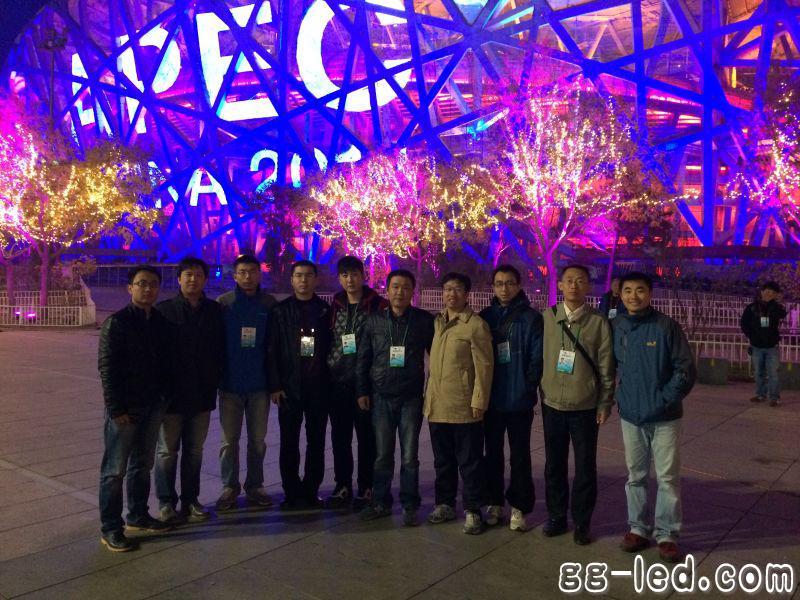 According to one of the directors of the performance director team that night, Jia Ding said: "The media and means we use are very international. The performance of the drum array is even more dynamic. It also contains Chinese national characteristics. All the contents in the screen. They are all in line with the ground lighting, fireworks, etc. The choice of such a screen is to make the structure beautiful without obscuring or destroying the bird's nest. At the same time, the show shows the net curtain, fireworks, ground. The four-in-one art of performance and lighting divides the performance into three chapter themes of sky, ocean and earth in six minutes." 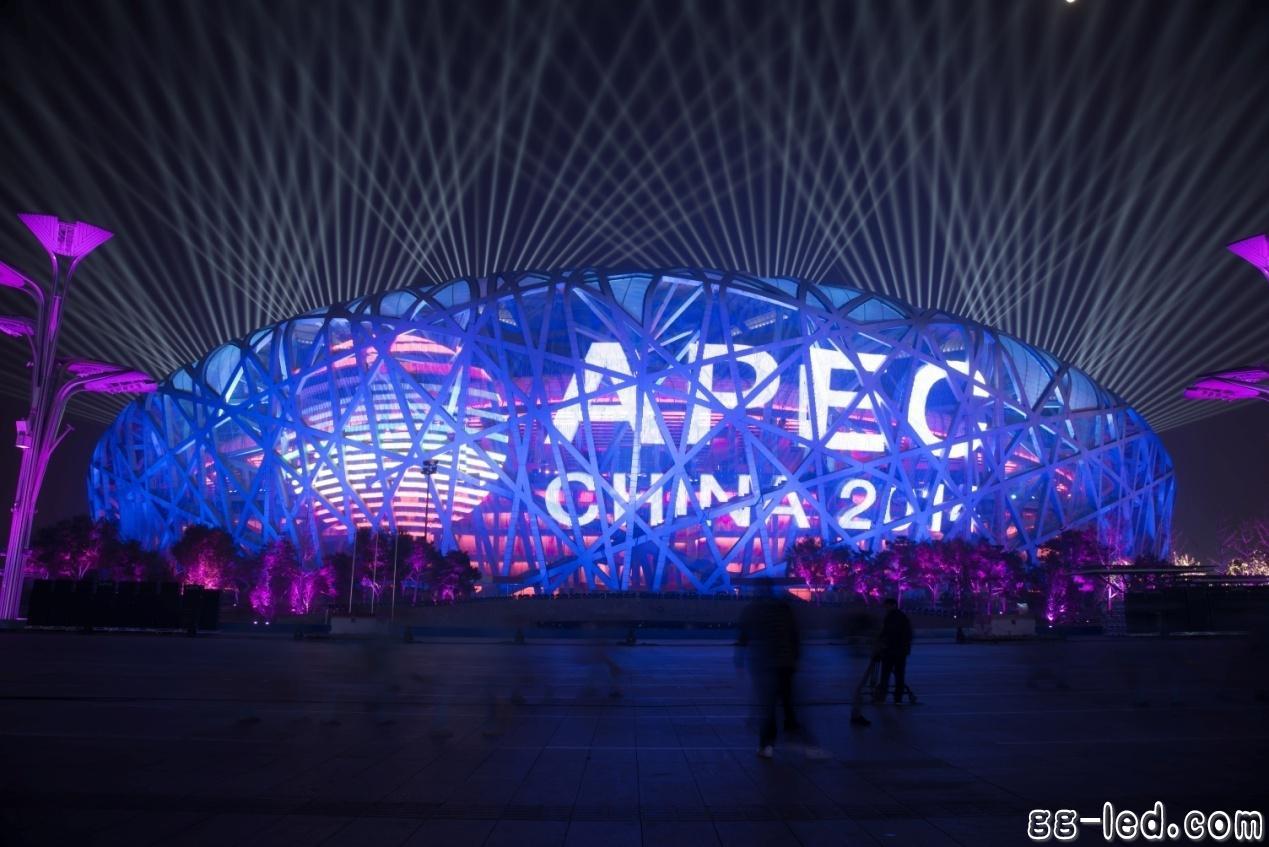 The Bird's Nest light and shadow feast created by Liad LED Technology echoes the large-scale fireworks show, and together they create a brilliant and elegant APEC fireworks night, which conveys the philosophy of harmony between man and nature in Chinese culture for the guests from all over the world. With LED screens and fireworks performances, the performance of nature's four seasons of life-cycle rotation, showing the vitality of all things, growth, nearly 80 sets of special effects fireworks in the night sky combined with the Bird's Nest LED screen, from the space to achieve the patchwork To present a hearty visual feast to the leaders of the participating countries and the global audience; the rehearsal of LED light and shadow also timely accepted the gap after the completion of the fireworks display, and also achieved a compact and orderly time, achieving the brilliance in the air. The ground has the interpretation effect of Huazhang.

The APEC Bird's Nest screen, which was built by Liard, will serve as the APEC landmark building and will serve the APEC summit. After the conference, it will continue to create a bird's nest landscape for the Olympic Park, serve the people's livelihood, and perform the Olympic Park worth looking forward to. Dazzling night scene.

JP Recessed Tabletop Socket be with Japanese type plug,could be selected to be with USB ports,Internet ports,Phone ports,overload protection and with or without switch.

JP Power Outlet can be set into furniture and office furniture like table,cabinet and so on.It will be easily to use the charging for Phone and home appliance.