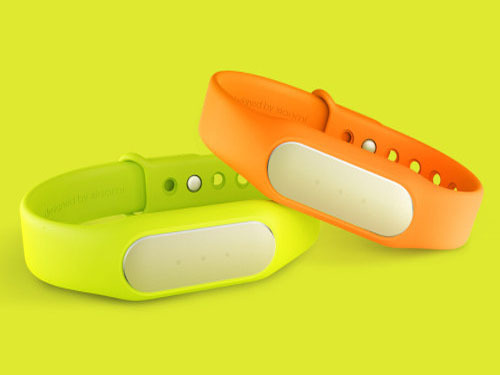 If it is said that the millet 4 that is still priced at 1999 yuan is expected, then the 79 yuan millet smart bracelet may be even more exciting and even eye-catching, at least for the consumers standing in front of the industrial fog, this is the case That's right.

In fact, as Lei Jun said at the 2014 annual conference of Xiaomi, in view of the current smart bracelet market, the price of local brands is around 299 yuan, and foreign brands are all priced at 799 yuan. Therefore, in the eyes of consumers, it is difficult to measure whether a bracelet is cost-effective. After all, products that are almost identical in function, and markets where domestic and imported prices are different, have their own problems.

Many of the initial successes were based on correcting market mistakes. This was the case with the Xiaomi mobile phone, which was originally launched in the smart phone market with a price tag of RMB 1999. Today, the millet smart bracelet is still the case, and where is the problem in this market? What makes Xiaomi easy to play a low price tag of 79 yuan? I think it must be inseparable from the following:

"In Shenzhen, there are already factories that have quoted overseas OEMs for US$7," said an industry veteran. Obviously, the quotations of RMB less than 50 yuan, combined with the overall price framework of the current product market, the profit margins are clear at a glance.

With such a low price, the side has mapped the low threshold of the industry. Looking from the perspective of the foundry, it is nothing more than buying a solution with a complete set of embedded systems and basic calculation methods from the upstream chip makers, and then sticking on the printed circuit board to find a plastic or other material after the mold is opened. As long as you can wrap things around your wrist, a brand new smart bracelet is born.

This fact has made many healthy companies that are not at the edge of the IT intelligence industry eager to make special profits here, and the approach is also simple and crude and combines the so-called health concepts with cheap OEM products.

Under the temptation of such high profits and low thresholds, many manufacturers scrambled to launch their own smart bracelet devices. Under the media coverage and consumer scrutiny, a market prosperity scene with no real core underlying technology was born. And the problem of homogenization is also highlighted.

In fact, smart bracelet products from many domestic and foreign manufacturers, including the famous Jawbone and Fitbit, only have some features such as pedometers, sleep detection, smart alarm clocks, and so on. . . . . . This popular function, coupled with healthy gimmicks, is not an exaggeration to say that the biggest difference between these products is that only the products that correspond to different UI designs on the APP are left. Of course, this is not absolute. Misfit Shine is the product of relative care. It is just that its price is directly proportional to the intention.

The appearance of the millet smart bracelet will largely correct the high-margin problem. With the help of its own brand influence and price butcher, it is believed that the price of the smart bracelet market will become a wonderful sight in the next six months. . However, the simple method of reducing prices without improving quality is obviously only a palliative method, not a permanent solution. Therefore, if you want a truly healthy development of the smart bracelet market, you still need several points:

In fact, from the beginning of this year, many well-known smart phone manufacturers have begun to launch smart bracelet devices, although to a large extent, to set off their own smart phone devices, but in fact this is a good phenomenon. Such companies often have huge advantages over R&D expenses, core technologies, and innovation resources relative to those who play tickets. Their participation in the entire market has a significant boost.

Of course, if you look at the big companies to join the smart bracelet market, there may be more possibilities. For example, Internet giants such as Ali and Tencent are madly occupying all kinds of Internet portals. This kind of rich entrance resources can be customized to the characteristics of the smart bracelet itself, and the development of the industry itself. In terms of consumer practicability, there is an inestimable boost.

Whether it is the market penetration ability of large companies or small companies facing the competitive pressure to tap the small cities of the third and fourth tiers, when the price is no longer a stop-gap, the low-level city consumers' freshness and acceptance of smart bracelets, according to The survey is also relatively higher than the first- and second-tier cities that were bombed by numerous products. What's more important is that there are no famous foreign brands here.

In addition, companies such as Huawei, OPPO, and Xiaomi, who are already striving to expand overseas markets, will inevitably push up the quality of their products in order to deal with the more demanding overseas markets after entering the smart bracelet market. The market itself plays a butterfly effect from inside to outside and inside.

The explanation of this market in the book can be simply understood as: non-popular market. However, after discovering and accurately specializing in this market, the value obtained is also considerable. You can transform a niche market into a mature market, as Samsung did in the smartphone and tablet market, or like most vendors specializing in niche markets, to win high returns. However, what is certain is that in the current smart bracelet market environment, whether you choose the former or the latter, there will be no small gains.

In the current market, some manufacturers have begun to develop smart bracelet products for a certain market, such as the 360 â€‹â€‹companies we are familiar with. Although there are no sales figures for 360 children's wristbands, in fact, this is a very good sign. With its technical background and research on the market segmentation, it actively seeks for diversification in the market, or niche points. In addition, the OMATE smart watch is also one of the representatives of the niche market. The product is targeted at pregnant women's pregnancy-related detection functions and reminds them to make a name for themselves in this emerging market.