Wuhan, a central city in central China, has a very advantageous geographical position. The urban area consists of Wuchang, Hankou and Hanyang, which are separated from the Yangtze River and Han River. It has typical landscape features. The city has many historical and cultural relics and is a historical and cultural city in China. In recent years, with the economic development, urban environment and infrastructure construction, the urban spatial pattern of â€œone city, three towns and three townsâ€ has gradually become prominent.

In terms of night scenes, how to fully demonstrate the landscape pattern of â€œone city, three townsâ€ in urban environment, how to reflect the regional culture of the city's blending between China and the West, how to unify the core nighttime landscape of the three towns that are blocked by natural waterways, and coordinate the construction of night scenes and history and culture. On the basis of the harmonious development, and on this basis, how to achieve a series of problems such as pulling the city night tour and stimulating night economic activities needs to be resolved. In this plan, I have discussed the above issues in detail. 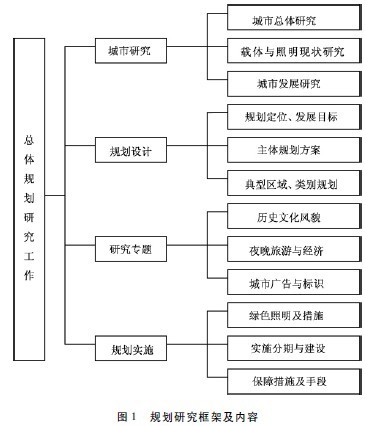 1. Solve the problem of creating characteristics of the city. Mainly based on the following two points:

(1) In the questionnaire survey, with the increase of the number of years of residence, the public's identity with natural landscape, livable and good environmental landscape characteristics is consistent (see Figure 2).

(2) The requirements of the â€œNational Historical and Cultural Cityâ€ in the Master Plan of Wuhan City (2006-2020).

4. Comply with the city's recent construction and phased implementation.

Based on the â€œWuhan City Master Plan 2006-2020â€, we will coordinate and coordinate the development of landscape lighting and society, economy, culture, urban construction and environment, and form an urban style integrating historical culture and modern civilization. The concept is to build an excellent living environment and improve the layout system of urban landscape lighting.

The plan analyzes the main landscape features of the city. Through the investigation, induction and refinement of the landscape elements such as the Yangtze River, Han River, mountains, lakes, modern buildings, historical buildings, open spaces and roads, and advertising signs in the urban area, The two rivers, six districts, three hearts and nine belts are the main framework of the nighttime landscape, and the overall nighttime landscape of the city formed by the combination of points, lines and planes formed by several nodes. See Figure 3. 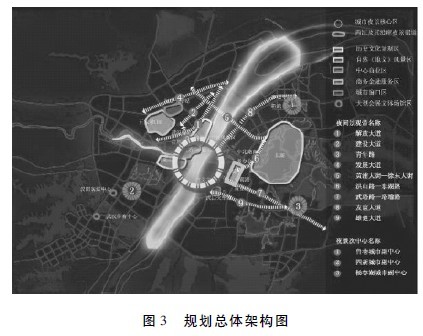 The iconic landscapes such as the Yellow Crane Tower, the Yangtze River Bridge and the Guishan Snake Mountain form the core of the urban landscape of Wuhan's â€œKizi Snake Locked Riverâ€. This core area includes the Snake Mountain-Yellow River Tower, the Yangtze River Bridge, the Guishan-TV Tower, and the Qingchuan River. The main attractions such as Pavilion, Qingchuan Hotel, Nan'an Mouth and Qingchuan Bridge form a unified whole of various landscape elements such as rivers, mountains, bridges, buildings and towers, and are the areas that best show the characteristics of Wuhan city's regional landscape. See Figure 4 and Figure 5. 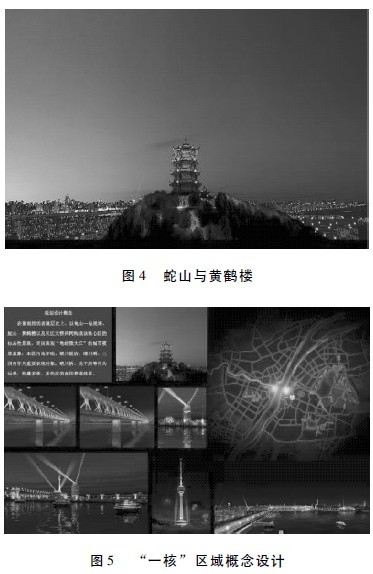 In the night view of the city, the area is determined to be the core area of â€‹â€‹the city's night view of Wuhan City. The landscape image will further strengthen the core image of the urban landscape of the turtle turtle locks the river. 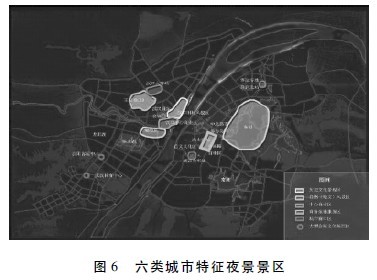 In order to enhance the overall nighttime image of Wuhan City and combine the future development of the city, three urban night sub-centers will be set up in the urban areas outside the core scenic spots. They are: Luxiang City Sub-center, Sixin City Sub-center, and Yangchun Lake City Sub-center.