The â€œGolden September and Silver 10â€ of the sales industry has come. However, for many Foshan LED companies, the past September is still a bit bleak. Recently, some media explosions Foshan Towe Environmental Lighting Engineering Co., Ltd. (hereinafter referred to as "Foshan Tovey") fell into a dilemma of the capital chain break, and the old-fashioned lighting enterprise Foshan Lighting also suffered from "cold autumn." Insiders pointed out that Foshan's LED industry is currently in a price war, and Foshan Tovey is a microcosm of many small and medium-sized enterprises. If there is no misplaced development on the product, there will be more "Tovey" in the future. 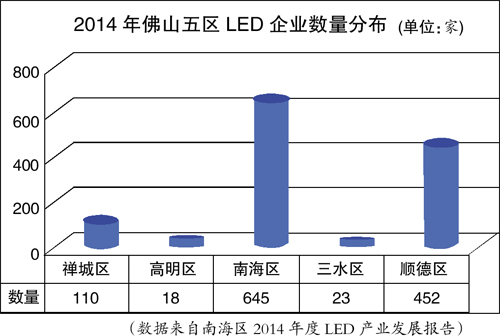 Corporate profits fell by more than 40%

Recently, LED company Foshan Tovi was caught in a rumor that the capital chain was broken, the wages of employees were arrears and the supplier's payment was required, and the revitalization required 300 million yuan. In mid-July of this year, Foshan Tovey official website released a message saying that it started the listing reform strategy, and also publicized the Tow "Internet++" project with Alibaba, Dongpeng Home, and Xinpeng Robot to implement the innovation-driven strategy. Transforming to a green low carbon. Two months later, the smug Foshan Towe ushered in a rumor of a broken capital chain.

Regarding the rumors, Foshan Dragi did not give a positive response. However, on the cooperation intention between Guangdong Liansu Electric and Foshan Tovey, Foshan Tovey publicly stated on its official website on September 23 that in April this year, the two reached an agreement of cooperation, followed by Guangdong Liansu Electric (China Liansu Affiliated Company) ) Provided loans to Foshan Tovey; but as of September 22, the two parties have not yet reached an agreement on the transfer of shares.

In addition, Foshan Lighting recently terminated its ten-year partnership with the first controlling shareholder â€œpartnerâ€ Osram. Informed sources revealed that the two had frictions before, and this year's decline in Foshan lighting performance prompted an important factor in the end of this cooperation.

In addition to the decline in profits, shareholders' easy-to-follow, plus nearly 50 million yuan in compensation, "China Light King" stepped into the "everything autumn", Kaixiou and the ten-year-old Foshan Light Enterprise related person in charge said, "This year's days are not too good. ".

The price "tear" causes the product to be meager

For the decline in the first half of the year, Foshan Lighting explained that the LED industry in the lighting industry is developing rapidly, but the structural overcapacity of the products has caused the product prices to continue to fall. Foshan Lighting Report shows that in its main business, its traditional product revenue decreased by 30.65% in the first half of the year. Although its LED lighting products revenue increased by 76.86%, the gross profit margin was only 18.44%, a year-on-year decrease of 1.93%.

Wu Yulin, president of Foshan Lighting Association, also pointed out to reporters that due to the low barriers to entry of LED companies, the homogenization of products, coupled with the decline in market demand, resulting in oversupply of products, this year there is a situation of structural overcapacity. "But whether it is small and medium-sized enterprises or industry giants, what they want is not to adjust the product structure, but to join the price war to expand the market." Wu Yulin said that the price war in the entire LED industry has made many large enterprises have no profit at all, which makes no The listing of small and medium-sized lighting companies is even more difficult.

For example, in the past, a 1.2-meter LED T8 tube was sold for one or two hundred yuan, but now Foshan Lighting and Op Lighting have locked the price of LED T8 tube below 10 yuan. This "willful" price leads to a decline in product profit margins, the profit margins of the giants are compressed, and small and medium-sized lighting companies have reached the bottom line.

Wu Yulin said that in the case of increasingly thin profits, Foshan Tovey had to make some municipal orders to advance funds, and there may be problems in the capital chain. And its prediction, Foshan Tovey is actually a microcosm of the LED industry, and in the long run, more "Towe" will face bankruptcy in the future.

80% of enterprises are downstream of the industrial chain

Wu Yulin believes that the short price war may be at the expense of the quality of the product. It believes that in addition to focusing on product lighting functions, Foshan Lighting Company should transform its products into intelligence, personalization and health.

Traditional business growth is weak, but the transition to LED high value-added products requires technical and capital costs. Some insiders pointed out that Foshan Lighting tried to increase the transformation of LED to achieve breakthrough, but due to the lack of production technology in the middle and upper reaches, coupled with the weak growth of traditional business, the domestic LED lighting promotion was less than expected, resulting in a decline in the company's performance.

It is understood that in 2014, there were 1,248 LED enterprises in Foshan, and LED-related enterprises in the South China Sea accounted for 51% of the total number of enterprises in the city. Last year, the output value of the entire LED industry chain was about 10 billion yuan, but 81.5% of the total area. LED companies are all downstream of LEDs, offering lower value-added applications and ancillary services. The data shows that among the nearly 650 companies in the South China Sea, there are only two chip factories in the upstream of LED, only one LED epitaxial equipment factory; about 110 packaging factories, and about 530 LED downstream LED applications and supporting manufacturers.

Integrate the entire industry chain to expand the scale effect

However, in the LED lighting industry, Guoxing Optoelectronics, Snowlight and other Buddhist companies have handed out quite a bright performance list. There are media statistics on the semi-annual report performance of 40 LED industry-related listed companies, and 22 of them have increased their performance.

As a domestic packaging leader, Guoxing Optoelectronics said that the industry chain advantage is one of the company's core competitive advantages. Guoxing Optoelectronics focuses on LED packaging technology and production process, through the expansion of the capacity of the midstream package, the technological innovation and management optimization of the upstream chip, combined with the extensive expansion of the sales of downstream lighting application products, and the improvement of the entire industrial chain of the company's chip, packaging and lighting applications. The vertically integrated development model expands the scale effect and provides customers with more cost-effective products and services.

In the first half of the year, Shell Wright also promoted an integrated development strategy for internal and external resources. In the main business area, through product innovation and deep public efforts to ensure stable performance in the field of LED lighting and energy-saving fluorescent lamps. In terms of extensional development, the company leveraged its investment in mergers and acquisitions, actively deployed emerging industries, expanded its business scope, and increased new profit growth points.

Some local industry insiders pointed out that the integration of the entire industry chain is not enough, and industry integration has entered the deep water area. "From LED materials, epitaxial wafers, chips, packaging, finished products to power supplies, involving all aspects of the industrial chain, and cooperation with each other, we can make each company's production capacity more stable and concentrate more resources for product development." Liang Fengyi, chairman of Guangdong Zhaoxin Enterprise Group, also believes that the LED industry will move toward a cooperative mode of integrated innovation and joint development.