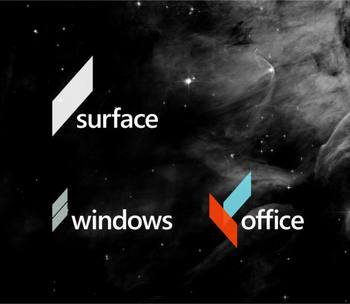 According to foreign media reports, the â€œNew Generation of Microsoftâ€ logo designed by designer Andrew Kim last summer attracted the attention of many Internet users. This is mainly because its design has boldly changed the brand of â€œMicrosoftâ€.

Then Microsoft released the real latest mark, but this does not mean that the company did not pay attention to the design of gold. Kim once declared that he had been hired by Microsoft, and Microsoft contacted him after viewing his design.

Although many other companies have followed the example of Microsoft's approach to hiring gold, Kim said Microsoft is the best choice and promises to make the best work. Kim said: "When it's my turn to make the final decision, I want to work in a place where I really feel excited. Working in a company is like getting married. It's become a basic part of my life. I hope it's amazing. Together, people are doing amazing things that can make me excited. If you've been following Microsoft closely for the past year and left your subjective feelings, it's really exciting."

It is understood that Kim will only work in the Microsoft gaming console. The department is not included in the "New Generation Microsoft" project. However, Microsoftâ€™s console division has also been working on branding.