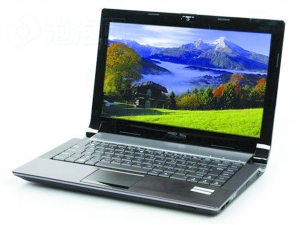 The survey results released by the market research agency IHS recently showed that the proportion of total semiconductor industry inventories to total industry-wide revenue has risen to a high of 49.3% in the past quarter. This figure means that the global semiconductor market has entered a supply exceeding demand. The situation, hardware product demand is lower than previously expected level. IHS said that the above data is also the highest value of semiconductor manufacturers' inventories included in the measurement index for six years.

IHS said that consumer demand in the global PC market continues to be sluggish, which has led to dealers reducing their purchases of semiconductor products, which in turn has led to increased inventories of semiconductor manufacturers. In addition, IHS also stressed that the shrinking consumption of European and American consumers in the holiday season in 2012 was also one of the reasons that indirectly led to the inability of semiconductor inventory. Sharon Stiefel, an IHS semiconductor market analyst, said: â€œTraditionally, the launch of new semiconductor devices has stimulated consumersâ€™ desire to consume. However, in the holiday season at the end of 2012, we did not meet this demand. A variety of conditional products emerged.â€ Stilfer pointed out that in the two months before Christmas last year, consumer spending on electronic products increased by only 0.7%, setting the worst record since 2008.

Analysts said that the bleakness of the semiconductor market is a true reflection of the huge impact of the entire IT market due to the global economic downturn. In 2012, the performance of relevant industries, including personal computer dealers and flash memory suppliers, was not satisfactory.

IHS expects this year's global semiconductor market growth to reach a maximum of 9%, but the emergence of this situation still needs to go through a period of time. IHS said that for some time to come, semiconductor manufacturers will also be forced to face the pressure of high inventory on their performance.