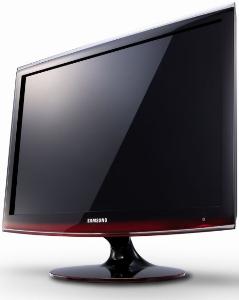 The eyes are called the window of the soul. With the advent of the winter vacation, the major hospitals in Nanjing are overcrowded. It is heartening that most of the people in the crowd are children. Many of them are injured by the blue light. Recently, Jiang Shan, chairman of Zhejiang Shanpu Lighting Appliance Co., Ltd., and CPPCC National Committee member, questioned various stylish LED lights in the provinceâ€™s â€œtwo sessions.â€ The reason is that the light contains a large amount of blue light. What is Blu-ray? Where did it come from? What light hazards should you pay attention to in your life?
Situation 1

The 7-year old ginger came from the Baixia District and was sitting in a chair in front of the Eye Center of the Provincial Hospital of Traditional Chinese Medicine. The mother was giving her eye drops. After dropping, Xiao Jiang sat with his eyes open, very painful. The mother Ms. Ye told reporters that Xiao Jiang was only attending primary school this year and usually had poor vision. The seat in the class kept moving forward. Winter vacation, the child recently used her Samsung large-screen smart phone to play pulling radish, the result is more and more blurred vision, she quickly took the child to the hospital for treatment.

"It's just like this when a child is in elementary school. What can be done later? It's too difficult to accept!" Next to it, another boy has had symptoms such as retinal hyperemia due to his long-term use of an iPad to play a football game called FIFA13. His father regretted buying this iPad for him.

An expert from the Department of Ophthalmology, Jiangsu Provincial Hospital of Traditional Chinese Medicine told the reporter that now many parents often control their children to watch TV because watching TV is certainly not good for the eyes. However, parents often encourage them to learn on tablets and smart phones, but in fact this is a misunderstanding.

â€œThe human eye automatically adjusts the focus, seeing the distant things the eye muscles are relaxed, watching the near things is tense, mobile phones, tablet computers and other electronic products held in the hand are close to the eyes, it is easy to see the eyes for a long time. Fatigue: Cell phones and computers are far more harmful to teenagers' eyes than television, and they have become the number one killer of young people's eyesight."

Children under 2 years old are not recommended to use flash

Miss Gao Gao gave birth to a â€œlittle dragonâ€ last summer. She likes to send her babyâ€™s photos to Weiboâ€™s â€œsunny happinessâ€. In the face of net friendliness, she is even more motivated to use a camera or mobile phone every day to capture the baby's cute moments. A few days ago, she suddenly discovered that her son would cry when he took a picture.

Ye Hui, deputy chief physician of the Department of Ophthalmology at the People's Hospital of Jiangsu Province, said that in fact, many young parents have certain misunderstandings and like to take pictures of their children. Everyone knows that the flash illumination will endanger the baby's vision within 2 years of age. In addition, many families over-decorated, spotlights, strobe lights, etc., long-term exposure, will burn the retina, the formation of macular. This is similar to the fact that when people watch a total solar eclipse, they must not look at it directly.

Director Ye said that the damage caused by blue light is gradually accumulated. Even if children do not look directly at the light source, a long time can cause eye damage. LED blue light that has been in contact with computer screens and large-screen mobile phones for a long time, although it is not strong, can easily cause harm. Then there is the flash. Take pictures of children under 2 years old. It's best not to use flash.

She appealed to parents to try not to use a laptop or cell phone as a toy for children. When watching TV or computer, the screen should not be too bright or dark. Reading books and playing with computers must all get up in an hour and look at the future. It can also play a regulatory role.

May permanently harm your childâ€™s eyesight

In addition, China Consumers Association issued a reminder that the blue light of the Yuba heating lamp will cause permanent damage to children's eyesight.

It is understood that currently on the market, Yuba mainly has two types of lamp type and warm type, among which lamp type is fast, economical and popular. When many parents bathe children, they often face up and are directly exposed to heat lamps. However, the Consumers Association said that it is likely to cause permanent damage to the child's vision.

The relevant person in the Chinese Consumers Association explained that the macula of the baby has not yet formed at birth and it needs about 4 years of age to develop completely. During this period, high-energy visible light (ie, blue light) in the visible light at a wavelength of 400 to 500 nm easily penetrates the cornea and the lens to cause damage to the infant's retina. Because blue light damages baby's eyesight, it is difficult for parents to notice.

China Consumers Association reminds parents that when using Yuba to bathe infants and children, they should try their best to choose a bath heater with a warm air heating method, warm up with a warm lamp before bathing, and use wind-warming insulation when bathing. If it is only the warm bath heating, you can add shade cloth above, adjust the bath position, reduce the intensity and time of direct blue light.

The number one killer of the eye, many people think it is ultraviolet and infrared. In fact, ultraviolet and infrared rays are usually absorbed by the cornea and the lens. Generally, they are not exposed to the retina. Blu-ray is the biggest killer. This blue light does not mean blue light, but high-energy visible light with a wavelength of 400-500 nm, which can penetrate the lens to the retina, cause optical damage, and accelerate the oxidation of cells in the macular area.

According to a recent survey conducted by the authoritative German magazine Macwelt, there are background light sources in Yuba, flat panel displays, LED neon, fluorescent lamps, LCD monitors, ipad, and large-screen mobile phones. Light sources excited by powerful electron currents contain abnormal light sources. High-energy shortwave blue light will affect the child's retina, and long-term vision should be avoided. This blue light has a very high energy and can penetrate the lens directly to the retina. Blue light irradiation on the retina causes the death of the retinal pigment epithelial cells, and the decline of epithelial cells leads to the lack of nutrients in the light-sensitive cells, causing visual impairment. Moreover, these injuries are irreversible.

Consumers who are exposed to this kind of blue light, especially for infants who like to â€œfind light,â€ are easily â€œstabbedâ€ by the light, and may cause symptoms such as dizziness, in addition to making the eyes tired and gradually causing vision loss. The survey also emphasized that the damage to the eyes caused by blue light is gradually formed. Even if the child does not look directly at the light source, the eye will be hurt if he takes a long time.

"When using blue light for the treatment of neonatal jaundice, doctors must use black cloth to cover the baby's eyes and avoid injury," explained Du, director of Nanjing Children's Hospital. The eyes of infants and children are most vulnerable to blue light. Because the baby's lens is relatively clear, it is more difficult to filter blue light.