This is not the "advertising word" of the "passion" guides in the TV shopping section, but the "patent open" declaration of consumer electronics giant Panasonic.

Recently, at the Embedded LINUX conference in San Jose, Calif., Matsushita said that in order to promote the development of the Internet of Things industry, it will open about 50 IoT-related patents related to software for home monitoring systems and for solar energy and retail. Cloud device technology, etc. 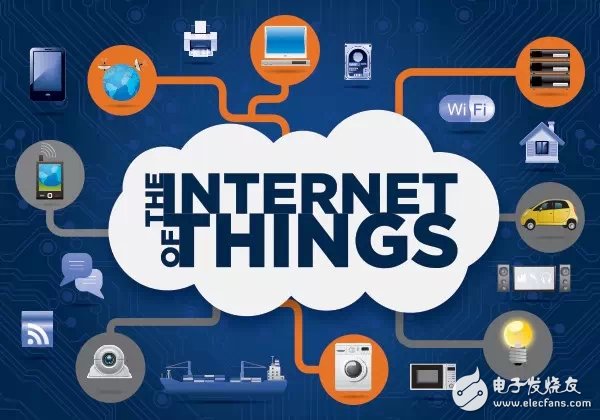 Coincidentally, Toyota Motors also announced at the 2015 CES show that its more than 5,600 fuel cells and related patents can be used freely under the license fee.

For companies, patents are not only a â€œmagic weaponâ€ to maintain their leading edge, but also an important â€œtoolâ€ to contain competitors. At the same time, patent licensing has become an important source of revenue for many companies.

So, why do these patent giants fall in love with the free "open patents"? Panasonic's reason for its free "open patent" is that it expects other large producers to expand the IoT-related business.

However, the problem is that the research and development and accumulation of patents require a lot of time and capital costs for enterprises. Nowadays, they are rushing to open their own patents that have been spent on research and development for many years. It is really only to carry forward the selfless dedication of "Lei Feng Spirit" and hope to help others. Can manufacturers quickly enter relevant markets or expand related businesses? Still have another plan?

By analyzing the specific areas, patents, and market competitions that open patents for patent giants, it may be found that the â€œselflessnessâ€ of patent giants is conditional.

First, the field of free "open patents" by patent giants is more specific. In fact, Panasonic is not the first patent prodigy to be active and free of â€œopen patentsâ€. Prior to this, Toyota and electric car â€œnewâ€ Tesla had listed a list of free â€œopen patentsâ€.

Going back, Blue Giant IBM also made an "open patent" in 2005, when it announced that it would open more than 500 software patents to the industry. People can use these patents to "get development and innovate and develop new things." ".

This kind of free "open patent" approach is a bit of a term "patent open source". Although the time is different in the morning and evening, there are similarities in the field specificity of these patent giants' open patents. Toyota Motor has opened thousands of patents related to fuel cells for free, on the one hand, in response to Tesla's free "open patents", and on the other hand, to share the potential of "electric vehicles".

Obviously, whether it is Toyota or Panasonic, the areas where they choose free â€œopen patentsâ€ are more specific, focusing on new technologies, new applications or new markets.

For traditional fields or markets, a large number of patents are still an important support for their â€œstriking for the cityâ€, and they will not consider free â€œopen patentsâ€ at all.

Second, the patent giants are free to "open patents" for the right to speak. Whether in the electric vehicle market or in the Internet of Things application, these areas or markets have a common feature that is â€œnot yet matureâ€.

The so-called "not yet mature" is not only manifested in the lack of standards in related fields or markets, but also in the fierce competition in this field or market, in the critical period of "staking a horse".

For the traditional patent giants, for the development strategy of the new market, if you choose to bet on the market, it is too risky. More importantly, when the market is still in the â€œemergenceâ€ stage, more players need to participate in order to make the market Hot, cooked, this is not only reflected in the rapid expansion of the user scale, but also in the technology research and development to "hundred flowers."

Obviously, in new markets or new areas, it is necessary for all participants in the relevant application industry chain to fully invest in it, so that it is possible to use the short-term to make the market work.

Traditional patent giants choose to adopt free â€œopen patentsâ€ in these new markets or sectors. On the one hand, they are lowering the threshold for entry in the relevant market or field, attracting more manufacturers to participate, on the other hand, In order to "embed" their patents into relevant chains, they become "standards" in related fields or markets.

Through the free "open patents", these manufacturers' patents are likely to become "standard essential patents" in related fields and become an indispensable part.

Third, the free "open patents" of patent giants are mostly phased choices. As we all know, patents have their own exclusive and exclusive characteristics. In many fields or in most cases, patent giants build their patent portfolios and establish intellectual property barriers to ensure their own leading edge, while also curbing competitor development through patent portfolios. .

These patent giants chose the intention of free "open patents", the purpose of which is to open up their patents free of charge, so that relevant industry manufacturers can use their technology or rely on their technology for further development or extension. Simply put, patent giants such as Panasonic, Toyota, and Tesla have realized the industrial chain layout and integration of their own businesses in specific fields or industries by opening their patents for free.

Compared with emerging companies such as Tesla, whether it is Toyota or Panasonic, the patents held by these old patent giants are accelerating the "failure", and the reason for the failure is precisely the "expiration of the term."

Therefore, in order to prevent their patents from being "in vain" and facing the "temptation" of new technologies, new applications or new markets, the patent giants are also the best choice to make these applications popular as soon as possible, so that the market grows and their patents It is possible for technology to continue to bring protection and benefits to them.

In view of this realistic consideration, free â€œopen patentsâ€ naturally become the â€œfavoritesâ€ of patent giants. Through phased free, the market is ripened, which is equivalent to extending the validity period of its own patents in disguise. In addition, through continuous patent research and development investment, it can ensure its long-term dominant position and income guarantee in related fields.

Then, in the face of the â€œopen patentâ€ olive branch thrown by the patent giants, should the enterprises in the relevant industries choose to accept it or refuse it?

Although the patent giants have implemented their own â€œopen patentâ€ strategy with their own â€œsmall abacusâ€, the relevant companies do not need to refuse.

The reason is very simple. These patent giants' phased â€œopen patentsâ€ will not only significantly reduce the patent costs of related companies, but also help related companies save time.

For companies that choose to accept patent patents for â€œopen patentsâ€, the only thing that needs to be noted is that when these patents are used freely for new product or new technology research and development, they need to accumulate or form their own patent systems to expand their patent strength. In this way, even if the patent giants in the future recover the "open patents", they may have the possibility or cost of cross-authorizing or bargaining with them.

In the long run, this kind of free â€œopen patentâ€ may become more and more popular, especially the emergence of â€œintergenerationalâ€ technology or product innovation, because each family cannot achieve â€œall-roundâ€ or â€œall-passâ€, in order to Do not allow yourself to be excluded from the corresponding product or technology. The best option is to make your own patents a standard for new products or technologies through free â€œopen patentsâ€.

For the vast number of consumers, related manufacturers and the market, free â€œopen patentsâ€ should be â€œgood thingsâ€. After all, it will accelerate the maturity of relevant markets or applications, allowing consumers to enjoy the new experience brought by technological advancement in advance. .

LED plant grow lamp is a kind of artificial light source which takes LED(light-emitting diode) as the luminous body and meets the light conditions required by plant photosynthesis.


According to the type, belongs to the third generation of plant lighting lamps!


In the absence of daylight, the lamps can act as daylight, allowing plants to grow normally or better.